The regulators said Facebook’s 19-billion-dollar purchase of the mobile messenger, WhatsApp, would not hamper competition.

“While Facebook Messenger and WhatsApp are two of the most popular apps, most people use more than one communications app,” EU Competition Commissioner, Joaquin Almunia, said in a statement.

“We have carefully reviewed this proposed acquisition and come to the conclusion that it would not hamper competition in this dynamic and growing market.

“Consumers will continue to have a wide choice of consumer communications apps,” he added.

U.S. regulators also approved the acquisition in April, but warned Facebook that it had to abide by WhatsApp’s stringent privacy practices.

The social networking giant announced the acquisition of WhatsApp in February. 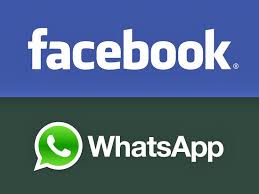