FREE Nigerian Business Directory
✅ NEW - get your business listed and your information shared across social media.
Ad
The Police at Amukoko Divisional headquarters in ijora Badia area of Lagos have arrested one Emmanuel Umanah, 21, for allegedly raping a four-old-girl (names withheld).

The suspect allegedly committed the crime in his one-room apartment on Opeoluwa Street, Mosafejo-Amukoko area of Ajegunle. 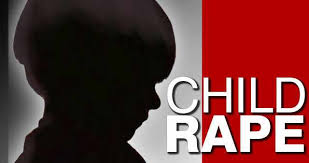 Vanguard learned that medical test conducted in a nearby hospital (names withheld) confirmed that the victim was raped as she had bruises and semen in her private part.

When source asked Emmanuel what happened, he said: “I live alone because I am not married. I was inside my room watching a film when two little girls came into my apartment. Later, one of them left. I did not know she had gone to tell the victim’s grandmother that I was touching her. It was the grandmother of the victim that caught me while calling her to come and eat when they found her inside my room. That was the first time I was doing such and I was caught. I only released on her laps but the test carried out by the hospital said the victim had bruises and semen in her virginal.”

Police sources said the case was presently being investigated by Amukoko Divisional headquarters as the parents of the victim wanted the case to be properly investigated and charged to court.