Metro Fani-Kayode, Falae, Udenwa in Another Trouble For Alleged Involvement in N3.1b fraud

FREE Nigerian Business Directory
✅ NEW - get your business listed and your information shared across social media.
Ad
The Economic and Financial Crimes Commission (EFCC) has uncovered how N3.145b was paid into the accounts of six chieftains of the Peoples Democratic Party(PDP) and Goodluck Support Group (GSG) by the Central Bank of Nigeria(CBN) in the build-up to the 2015 presidential election. 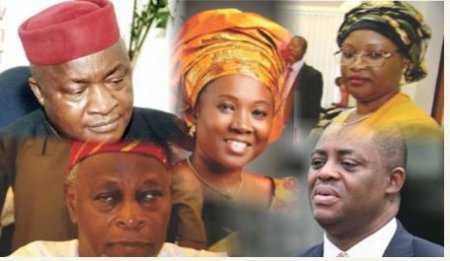 “It was from the Joint Dimension’s account with Zenith Bank that the money was shared to various individuals and organisations for purposes that are not stated,” the source said.


- TheNation
You must log in or register to reply here.

A
Metro Fani-Kayode, Falae, Udenwa and Others Named in N3.145bn Fraud