FREE Nigerian Business Directory
✅ NEW - get your business listed and your information shared across social media.
Ad
Femi Fani-Kayode, Nigeria's former Minister of Aviation has announced that he'll sue Minister of Transportation, Mr. Rotimi Amaechi, for saying that over two billion naira was transferred by the former governor of Rivers state, Dr. Peter Odili to the Ministry of Aviation to fix Port-Harcourt runway. 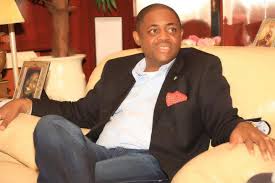 “I am going to sue him, what he has said made no sense it is nonsensical, it is reflecting his diseased mind like I said earlier and am waiting for him, he will hear from my lawyers as early as Tuesday next week”.

Fani-Kayode was Aviation Minister when Odili was Governor.

C
Entertainment How I caught my wife in bed with another man, by Fani-Kayode – The Nation News