The Lagos State Government on Monday said ithad received the N200million pledged by the Federal Government to support the containment of the Ebola Virus Disease in the state.

Governor Babatunde Fashola confirmed receipt of the fund while receiving some Ebola protective and relief items donated by MTN Nigeria in Ikeja.

The governor said the state government received the money on Wednesday and thanked the Federal Government for fulfilling its pledge.

President Goodluck Jonathan had announced a pledge of N200million to the state to support its efforts at containing the spread of the virus.

President Jonathan said the N200million was not part of the N1.9billion Ebola Intervention Fund that would be released to Federal Ministry of Healthto contain the spread of the disease.

"Yes we have received the money. We got the N200million on Wednesday. It is definitely going to help in our efforts to contain the virus,’’ Fashola said.

The governor said that the state government was working closely with the Federal Government and other partners to effectively fight the disease.

He noted that the Lagos index case was the first urban case of the disease in history.

Fashola said that the quick response of the state government to the problem had saved Nigeria what could been a pandemic.

The governor said though the state was not yet free of the disease, "the successful treatment of eight hitherto patients means that Nigeria is winning the war against the virus.’’

He described the spread of the disease to Rivers State as very unfortunate, saying that the state government was sharing knowledge and information with Rivers on its successful containment.

Commenting on the on the postponement of schools resumption to Oct 15 by the Federal Government, Fashola said, "though issues like that are on the concurrent list, schools in the state would comply with
the directive.’’

The governor, however, said there was the need for Federal Government to always carry states along on issues that concerned them.

Fashola, however, urged residents not to panic about the Ebola Disease.

He advised them to have the belief that the disease would soon be defeated and take precautions to be safe from it.

"We are at a stage where, like I said before, we do not need to panic. Ebola virus is not an automatic death sentence. A lot of knowledge is being gained on daily basis, even at this moment, about the behavior of the virus and that knowledge is helping scientists to prepare even better to respond.

"Different types of virus have been identified and we now have clarity about the length and life span of the virus. That body of knowledge helps in the management of disease,” he said.

Fashola thanked MTN for donating the items to the state government.

He said that the materials would help the state government‘s efforts at containing the spread of the disease. 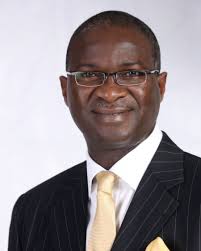