Politics Fashola: Read His Agenda For Roads, Power and Housing 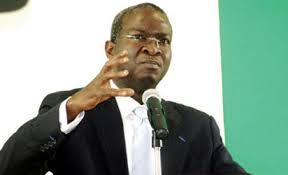 Fashola said, during his maiden press briefing in Abuja that the Lagos-Ibadan expressway which has been under construction and the second Niger Bridge are of great importance to the current administration, thus would get urgent attention.

He said year 2002 was the last time the sum of N200 billion was budgeted for road constructions in the country.

Read more on The Nation

Politics Sorry If I Offended You As Minister — Fashola – Naijaloaded