The governor spoke at a meeting with the civil servants as well as a cross-section of labour leaders at the government house, Ado Ekiti, on Tuesday.

He said his administration is trying to clear the backlogs which he said would be done in phases. 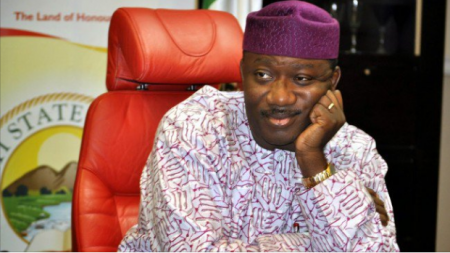