FREE Nigerian Business Directory
✅ NEW - get your business listed and your information shared across social media.
Ad
Ekiti State Government has appealed to the Federal Government to, as a matter of urgency, extend the railway system to the state in a bid to boost its participation in international trade and achievement of the ongoing diversification of economy.

State Commissioner for Commerce, Michael Ayodele, said the rail line extension was necessary because “a lot of agricultural products are being wasted in Ekiti State because of lack of opportunities to move them out en-mass for export purpose. 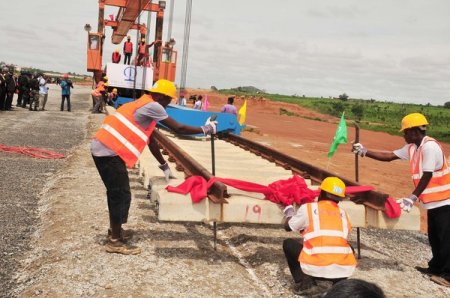 The Commissioner, represented by the Permanent Secretary in the Ministry of Commerce, Mr. Babatunde Akilo, spoke in Ado Ekiti, the state capital, yesterday at a one-day enlightenment seminar organised by the Nigerian Shippers Council (NSC) with the theme: “Ports Regulation: A Panacea to a Cost Effective Import/Export in Ekiti State”.

He said: “There is a limit to which evacuation can be done by road. Extension of railway system to Ekiti State would definitely increase the export potentialities of the Shippers Council”, calling on the council to use its position “to influence the establishment of more industries in the state”, saying such would serve as catalyst to its events”.

One acting like a clown does not mean the person is a clown, especially when he knows when and where to draw a line for clownism.

It's already too late for the clowning to stop; the clown's reputation can't be changed by just wishing it so. Public perception can't be easily swayed away from the mannerism and idiosyncrasy of this particular clown.
You must log in or register to reply here.