FREE Nigerian Business Directory
✅ NEW - get your business listed and your information shared across social media.
Ad
Former Governor of Ekiti State and Minister of Mines and Steel Development, Dr. Kayode Fayemi, has given a seven-day ultimatum to a member of Ekiti State House of Assembly, Dr Samuel Omotoso, and Special Assistant on New Media and Public Communications to Governor Ayodele Fayose, Mr Lere Olayinka, to retract libelous statements issued against him.

In a letter on behalf of the minister from the Law Chambers of R.O. Balogun & Co, dated November 19th, Dr Fayemi is asking both Omotosho and Olayinka to make a retraction and public apology, which must be given equal prominence like the offending statements and utterances. 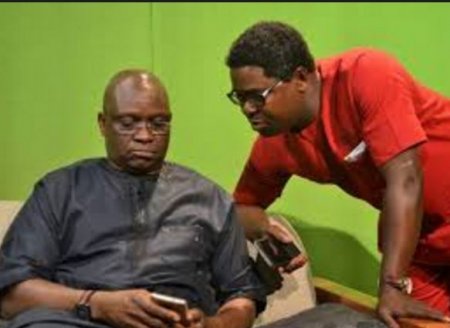 They are also to pay Fayemi N100m for the offensive statement within the period, failure of which an action would be filed against them in the law court.

The duo of Omotoso and Olayinka had during a live programme on Ekiti State Television (EKTV) tagged Ejiire on July 6, 2016, alleged that Dr Fayemi illegally took N1.5billion from Ekiti treasury and gave it to President Mohammadu Buhari, while contesting the presidential election on the platform of the All Progressives Congress (APC).

They also alleged that Fayemi looted Ekiti treasury, alleging fraud in the purchase of vehicles for traditional rulers and illegal withdrawal of N852million SUBEB money.
You must log in or register to reply here.