Former chairman of the National Union of Road Transport Workers (NURTW) in Ekiti, Mr. Omolafe Aderiye has been shot dead in Ekiti. It is believed that he was killed by unknown gunmen at Ijigbo, Ado Ekiti on Thursday evening.

The gunmen (about four of them) waylaid him and shot him at close range.

It has been gathered that Aderiye is a staunch supporter of Governor-Elect, Ayo Fayose, and he was part of the team that attacked a state high court judge earlier in the day. 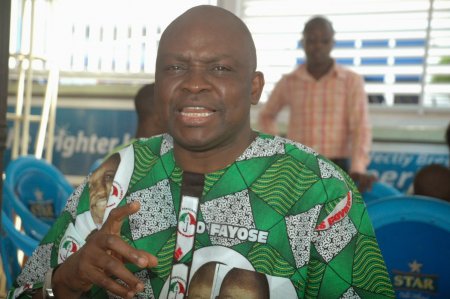