For Sale - One Bedroom Executive Flat - Lagos (NGN37m)
✅ NEW - car park, swimming pool, 24 hours light/security and more.
Ad
The Federal Executive Council (FEC) on Wednesday held a valedictory session for seven ministers who may resign by Oct. 20 to enable them pursue their political ambitions in their respective states.

The ministers, who are members of the PDP have till October 20 to either change their minds or formally resign in compliance with the election guidelines of the party.

The PDP set the date as deadline for its members holding appointive public offices at all levels of government to resign to pave way for their political ambitions.

Jonathan explained that by implication, the ministers might not be present at the next FEC meeting, hence the need for the valedictory session.

"About seven members of council may not be here next week Wednesday to continue deliberations with us. I use the word `may’ because in politics nothing is concluded until the eleventh hour.

"But, we cannot say they are no longer with us until they formally write to us through the Secretary to the Government of the Federation (SGF).

"For now, none of them has written and we are not dropping anybody, so people should not say we have dropped ministers. They are still members of Council, but between now and Monday, if they decide to go on with their plans, then they may not be with us.

"It is proper for us to at least, wish them well in case we don’t see them here again. But, if they change their minds, they will remain with us. But if they changed their minds after we must have received their letters of resignation, it would be too late,’’ he added.

The president said that the ministers served the country meritoriously, adding that they maintained a warm and cordial relationship with their colleagues during their tenures.

The Minister of Power, Prof. Chinedu Nebo, who spoke on behalf of FEC, expressed appreciation to the ministers "who have rendered distinguished service to this cabinet and to our country.’’

"They have served very well; they gave us their best and stood by you and by us their cabinet members. They identified with us and with our great leader's transformation agenda‎.

"And now that they have decided to become Your Excellency’s ambassadors in their various areas, we wish them well; we wish them the best of God's guidance and protection.

"They have a strong call, a notching to serve our nation in other capacities as core hard politicians. One will say that they came, they saw, they acquired knowledge and then want to go out and serve their own people in their states.’’

The minister also expressed the appreciation of his colleagues to the president for the opportunity given them to serve in his cabinet.

He likened service under Jonathan to an apprenticeship school where every member of the cabinet had greatly learned from his humility and versatility in leadership.

"Your Excellency, service under you is like a skill-school and apprenticeship school, a tutelage school for building consensus. Your patience, humility, versatility in the art of servant leadership, your pious, decorum even in the face of unmitigated and unwarranted provocation are skills and virtues that we are all learning from.

"Some of our colleagues want to go out and express experientially what they have learnt from you,’’ he said.

Responding on behalf of the outgoing ministers, Maku thanked the president for the confidence reposed in them and for choosing them among millions of qualified Nigerians.

"Let me say again, as I mentioned here last week when we were discussing the Ebola Virus Disease (EVD) conquest by your leadership, that you may not be appreciated now. But don't worry a time is going to come when this country will celebrate you because of what we have seen, the experiences we have gone through and the talent you have shown as a leader.

"It is very clear that God brought you purposely to stabilise this country and to give us a new direction out of a crisis of several decades‎,’’ he said. 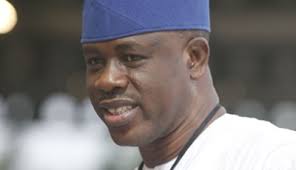