A plane passenger got so fed up with a drunk man swearing during a flight he punched him in the face, it has been claimed.

Shocking footage of the incident on flight from Russia to Antalya in Turkey emerged online.

A man had been disturbing fellow passengers throughout the flight, acting inappropriately towards women, abusive to children and even threatening to blow up the plane, it was reported. 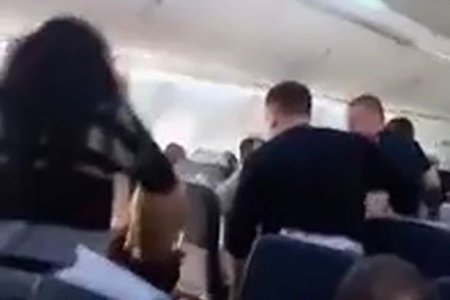