FREE Nigerian Business Directory
✅ NEW - get your business listed and your information shared across social media.
Ad
The federal government has granted an airliner, Air Peace, a license to operate international flights from southeast city of Enugu to China and other areas, an official said Thursday.

Ifeanyi Ugwuanyi, the state governor stated that the recognition would open a new vista in the economy of the state.

"President Muhammadu Buhari had shown himself as having the interest of all sections of the country at heart", the governor said.

The Chairman of Air Peace Ltd, Allen Onyema during the summit said the airline would soon commence flights from the Akanu Ibiam International Airport, Enugu to China. 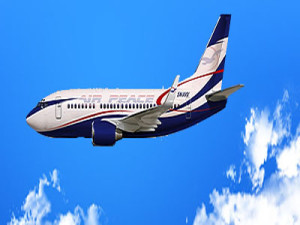 The chairman said it was time for Nigeria to be a hub for West and Central African sub-regions.

"President Muhammadu Buhari in his magnanimity on March 31, 2016 approved for us the right to fly to five different countries and we decided now to make Enugu State the hub," he said.

Onyema said Air Peace would fly to India, United Arab Emirates, South Africa, Atlanta in the U.S. and China, adding that the China flight would commence in a few months.

"There is no other airline in West and Central Africa that flies direct to China," he added.


Source: shanghaidaily.com
You must log in or register to reply here.