The Department of State Services (DSS), the Nigeria Police force and the Attorney General of the Federation (AGF) served as appellants while Zakzaky was named as the respondent.

The case listed seven grounds of appeal before the Court of Appeal, Abuja Division, challenging the award of N50 million in favour of Zakzaky’s wife Zeenat.

It said the verdict was against the weight of evidence and the law.

Justice Gabriel Kolawole had on December 2, last year ordered the release of the Shi’ite leader and his wife from detention into an accommodation that must be provided for them within 45 days. 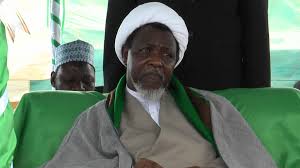 Zakzaky had been in custody since December 15, 2015 and the trial court ruled that the continued detention of the duo violated their rights under Section 35 (1) of the Constitution and provisions of the African Charter on Human and Peoples Rights.