FREE Nigerian Business Directory
✅ NEW - get your business listed and your information shared across social media.
Ad
The Minister of Budget and National Planning, Senator Udoma Udo Udoma, Monday, said that the Federal Government has spent N3.577 trillion as at September out of the N6.06 trillion budgeted for 2016.

Udoma made this disclosure yesterday in Lagos at the KPMG CFO Forum.

He said that there have been 79 percent performance of the prorated budget for the first three quarters. 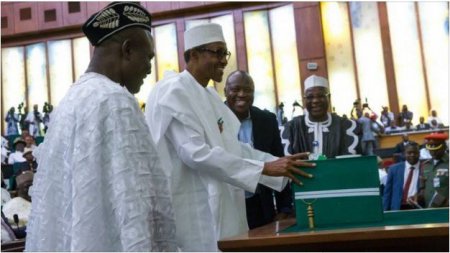 Here are breakdown of the spendings so far:

- A total of N1.138 trillion has also been paid out in domestic and foreign debt service expenditures

This includes N44 billion transferred to the sinking fund to retire maturing obligations.

On the oil sector, the minister said, “after liberalisation of Premium Motor Spirit, PMS, otherwise known as petrol, in May this year, consumption dropped by about 30 percent, resulting in a savings of $4.5 million a day from the elimination of false subsidy claims.
You must log in or register to reply here.