For Sale - One Bedroom Executive Flat - Lagos (NGN37m)
✅ NEW - car park, swimming pool, 24 hours light/security and more.
Ad
There are strong indications that the Federal Government is considering the urgent recruitment of the members of the Civilian JTF into the Nigerian Army.

The Civilian JTF is a local vigilante group made up of youths in Borno State that has been helping the military in containing the activities of the dreaded Boko Haram terrorists.

A security source told one of our correspondents that the Federal Government decided to accede to the demand of the members of the Civilian JTF to be integrated into the Army to boost the campaign against terrorism.

The source said that the leadership of the military would embark on a thorough screening of the members of the Civilian JTF with a view to weeding out undesirable elements among them. 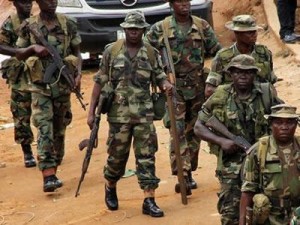