For Sale - One Bedroom Executive Flat - Lagos (NGN37m)
✅ NEW - car park, swimming pool, 24 hours light/security and more.
Ad
Tsambido Hosea Abana is the chairman of the Chibok community in Abuja, and he has stated that if the FG fails to bring back the abducted Chibok girls after making much promise to that effect, it will be more harmful to the parents than the issue of their initial abduction.

Leadership newspaper reports:
Abana who was speaking during the sitting protest of the #BringBackOurGirls(BBOG) group yesterday in Abuja, stated that many times, the government had raised the hopes of Nigerians on the return of the girls but had always dashed their hopes, adding that failure of the girls to come back will cause more damage than the actual abduction.

He said he was in doubt about the latest ceasefire report and the return of the girls, adding that he had urged his people to be cautious in their celebration and not raise their hopes which might be dashed yet again.

“My people were preparing to celebrate. I told them not to take their expectation too high so it won’t be dashed. It has happened before. It will damage us psychologically. But we would keep waiting; if it happens, it will be better for us,” he said. 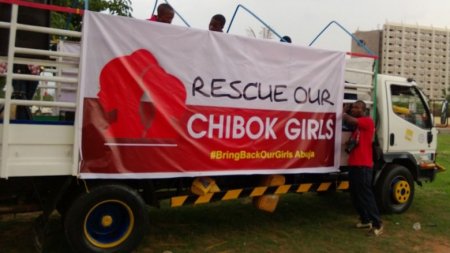