Curators
Nigeria U-17 Women’s team, the Flamingoes have been drawn alongside Brazil, England and Korea DPR in the group phase of the world cup tournament. 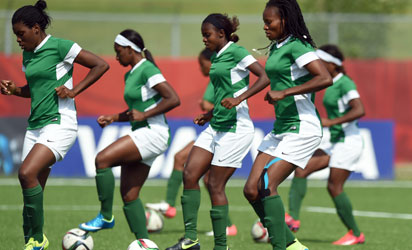 The draws for Jordan 2016 were conducted on Monday with Coach Bala Nikyu in attendance, alongside coaches of other qualified teams.

Nigeria has reached the quarter –finals in the last three editions of the competition (Trinidad and Tobago 2010, Azerbaijan 2012 and Costa Rica 2014), and qualified for this year’s finals after hammering Namibia and South Africa home and away.