Fintiri was on Oct. 8, removed as governor by a Federal High Court, Abuja, and replaced by the former Deputy Governor of the state, Mr Bala Ngilari, who had challenged the acting governor's tenure.

A statement by the Chief Press Secretary to the Speaker, Mr Solomon Kumangar, on Friday in Yola, said Fintiri expressed appreciation to the people of Adamawa for the support accorded him during his two months and three weeks tenure as acting governor.

The statement said Fintiri also expressed gratitude to his colleagues in the state assembly and the Peoples Democratic Party (PDP) who ``shared his vision and zeal to rescue and emancipate the people of Adamawa''.

It said Fintiri had taken the judgement of the court in good fate and urged his supporters and the people of Adamawa to do the same.

"However, in exercise of his rights as a citizen as guaranteed under the law and country's constitution, the erstwhile acting Governor has filed an appeal challenging the decision of the court, confident that the course of democracy and justice shall prevail at the end of the day," the statement said. 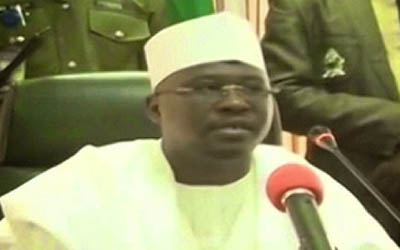 Jan 23, 2020
ese
E
E
Metro CAN reacts to Fatoyinbo’s court victory, says image of the Nigerian church has been dented by the rape allegation - LIB