An early morning fire has razed five shops at Lugbe Market in Abuja, with property worth millions of naira destroyed, the News Agency of Nigeria (NAN) reports.

Mr Irine Samuel, an eye-witness, told NAN that some residents of the area observed smoke billowing out of the roof of a building at about two a.m. and immediately contacted the FCT Fire Service. 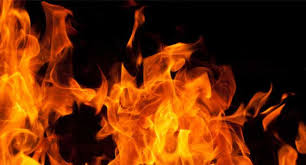 Samuel suggested that the fire might have been caused by wrong electrical wire connections.

“We put a call to the FCT fire service, but before they could respond, five shops with property worth millions had been razed,’’ he said.