According to an eyewitness, an early morning inferno, on Monday, razed Yola South Main Market, in Adamawa State.

The fire outbreak was said to have started at about 3am and goods worth millions of Naira was lost. 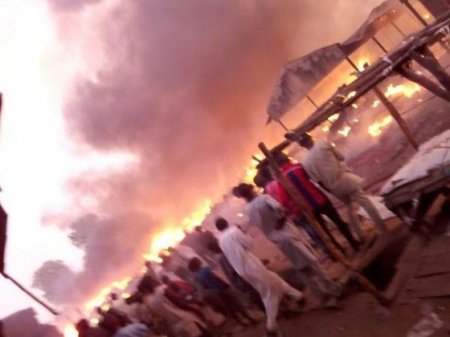 At the time of this report, fire service officials, particularly from the American University of Nigeria (AUN), were said to have contained the raging inferno.

The cause of the fire outbreak or if there were casualties were yet known at the time of this report.