Aziza died early on Saturday morning after a protracted illness in Abuja hospital. He was aged 66 years.

The late Gen. Aziza will always be remembered as the chairman of the Special Military Tribunal that convicted and jailed former president, Chief Olusegun Obasanjo and late former Chief of Staff, Gen. Shehu Musa Yar’Ádua, over an alleged 1995 phantom coup during regime of late Head of State, General Sani Abacha. 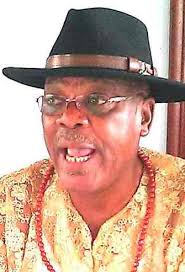