Houses in Sabo area of Yaba, Lagos State, were submerged in water after an early morning downpour on Saturday.

Many of the houses got flooded after a heavy downpour that kept residents indoors for more than three hours.

The rain began around 5:00am and stopped just after 8am.

Many shops and residential buildings were submerged by water, as residents recounted their ordeals.

A resident, Femi Owolabi, said such occurrence had never been experienced in the area for a long time, saying residential buildings were affected by the flood. He called on the authorities to come to their rescue.

Others however are afraid this might lead to low turnouts in the local council elections currently going on. 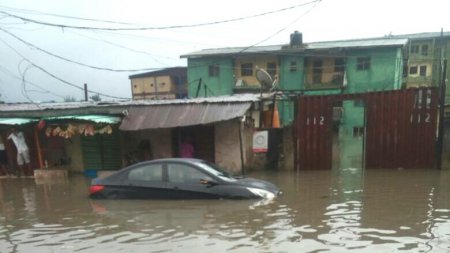