Obi declared his defection while hosting some PDP chieftains in his Onitsha home. The PDP Cheiftains were led on the visit by Deputy Senate President, Sen. Ike Ekwerumadu.

Others in the team included the Deputy Speaker, Emeka Ihedioha; Secretary to the Government of the Federation, Sen. Pius Anyim, and the Chairman of the South-East Governors' Forum, Chief Theodore Orji. 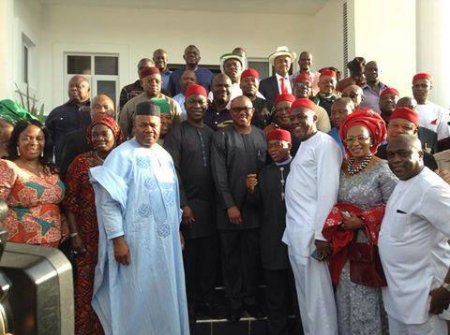 Politics Peter Obi: Nigeria has been bastardized by my generation – Legit.ng