Gunmen on Saturday abducted the immediate past president of the Nigerian Bar Association, NBA, Okey Wali.

It was gathered that a four-man gunmen trailed Wali, a Senior Advocate of Nigeria, SAN, to Rumualogu, near the Choba-UNIPORT road before kidnapping the victim at 9pm. Our correspondent also learnt that the ex-NBA president was going for a visit at his neighbourhood on the outskirts of Port Harcourt when the hoodlums struck. 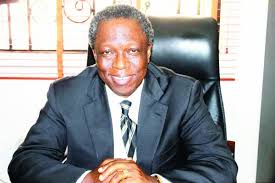