Curators
FREE Nigerian Business Directory
✅ NEW - get your business listed and your information shared across social media.
Ad
Former Minister of Sports and Youth Development Mr. Damishi Sango, has been elected the new Chairman of the Peoples Democratic Party in Plateau state. 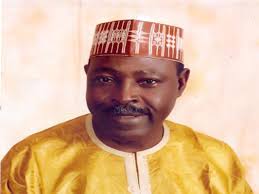 Sango emerged after a keenly contested state congress, which stretched into the early hours of Wednesday.

He defeated three other contestants with 758 votes. A former member of the House of representatives, Mr. Bitrus Kaze scored 222 votes, while Mr. Philips Aduku got no votes.


Source: Punch
You must log in or register to reply here.