Politics Fraudulent People Drove Me Away From APC- Ikimi

Tom Ikimi, former minister of foreign affairs and member of the All Progressives Congress, APC, Board of Trustees may be defecting to the APC sooner than expected.

Speaking to PUNCH via a series of text messages Ikimi who hasn't attend any high brow APC meeting since the National convention said his absence at both the inaugural meetings of the party’s Board of Trustees and the National Executive Council, was in protest.

See text message exchange between Ikimi and PUNCH below after he talked about boycotting APC events:

SUNDAY PUNCH: That means your status in the party is uncertain. Nigerians want to know sir.

Ikimi: Wetin I go do when wayo people don drive me commot for the party wey dem talk se na their own? (What will I do when fraudulent people drove me away from the party they claim belongs to them?)

SUNDAY PUNCH: That means you have left the party. Which party are you joining now?

Ikimi: I have not said so but I remain in my house. I cannot be running after anybody. I’m in my house. 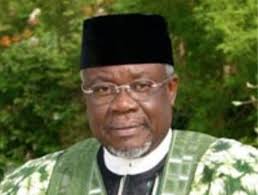 A
Politics Tinubu - How El-Rufai, Saraki Blocked Me From Becoming Buhari's Vice President

Aug 28, 2014
abujagirl
A
A
Politics Dele Momodu: An Evening With Acting President Osinbajo