FREE Nigerian Business Directory
✅ NEW - get your business listed and your information shared across social media.
Ad
Nigeria may witness another round of fuel scarcity as the Petroleum and Natural Gas Senior Staff Association of Nigeria (PENGASSAN), has threatened to resume its suspended strike if the federal government refuses to enforce the implementation of an agreement reached among the tripartite partners in the industry.

In a letter addressed to the Minister of Labour and Productivity dated August 22, 2016 and signed by the acting General Secretary, PENGASSAN, Comrade Lumumba IghotemuOkugbawa, stated that since the agreement was signed over a month ago, there was not much progress or commitment towards implementing the tenets of the agreement. 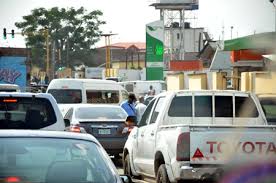 The union urged the minister to intervene by calling on the defaulting managements who have refused to implement the agreement, to order so as to avert another round of nationwide strike.

According to PENGASSAN, the agreement was reached at the end of the conciliation meetings held at the instance of the Minister of Labour and Employment with PENGASSAN, the National Union of Petroleum and Natural Gas Workers (NUPENG) and other stakeholders on July 12, 14 and 21, 2016 in Abuja.
You must log in or register to reply here.