FREE Nigerian Business Directory
✅ NEW - get your business listed and your information shared across social media.
Ad
The National President of Academic Staff Union of Universities (ASUU), Professor Biodun Ogunyemi has mobilized members of the union for strike and mass action commencing tomorrow to force the Federal Government to revert the pump price from N145 to N86.

This was contained in a letter dispatched to members of the congress nationwide and read at the University of Ibadan Chapter on Tuesday where the Chairman, Dr Deji Omole addressed members.

Omole equally said that the chapter was ready for mass resistance to what he called obnoxious and callous policy of fuel price increment. 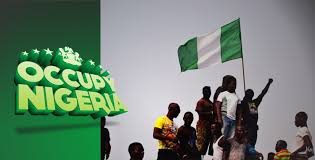 ASUU president in the letter entitled 'Increase in Pump price of Premium Motor Spirit to N145 per litre: Proposal for Joint Action with NLC' stated that "ASUU members are called upon to according to our Union's principles, fully respect Article 2 of the Constitution of ASUU; that our Union and members shall work for the protection and advancement of the socio-economic interests of the nation. Branch Chairpersons are to conduct emergency congress meetings on Tuesday 17 May 2016 to mobilise our members for the action commencing on Wednesday. All branches of ASUU nationwide are to comply."

Ogunyemi anchored the position on "delayed, partially paid and in most cases unpaid salaries for a number of months by state, federal and local governments, disguised retrenchment of workers, especially by State Governments, in the name of verification exercise and endless hunt for ghost workers and heavy taxation"

The UI’s ASUU Boss, Dr. Omole described the policy of subsidy removal as the most criminal ambush from the Mohammadu Buhari-led federal government to empower the rich and cripple the poor.

These guys just don't want to teach.
You must log in or register to reply here.