FREE Nigerian Business Directory
✅ NEW - get your business listed and your information shared across social media.
Ad
The National Industrial Court presided over by Its' President, Justice Babatunde Adejumo has restrained the Nigeria Labour Congress (NLC) from going on its planned strike on Wednesday, pending the hearing and determination of a suit brought before it by the Attorney General of the Federation (AGF).

The Attorney General, Abubakar Malami, had dragged he NLC to the Industrial Court, seeking an order of the court restraining the NLC from proceeding with the planned strike.

He had sought the order on the ground that the strike would paralyse the nation’s economy. 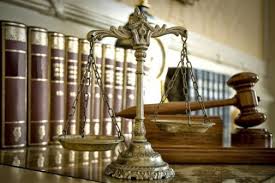 When asked by the presiding judge, how the AGF knew the NLC was planning to go on strike, Mr Malami said he saw a statement issued by the labour union on their website and that the statement had been published by the media.

Justice Adejumo directed the applicant to dialogue with the NLC towards an amicable resolution of their dispute.

The case was adjourned to May 24 for hearing of the motion on notice.


Channels Television
You must log in or register to reply here.