Gambian President Yahya Jammeh has declared his Muslim-majority country an Islamic republic, saying the move marks a break with the colonial past, BBC reports.

Mr Jammeh told state TV the proclamation was in line with Gambia's "religious identity and values". 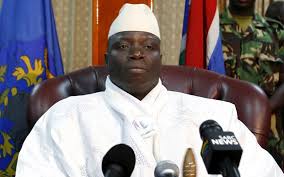 He added that no dress code would be imposed and citizens of other faiths would be allowed to practise freely.

Some 90% of Gambians are Muslim. The former British colony's economy relies heavily on tourism.

However, relations with the West have soured recently.