Curators
Fast rising Nollywood actor and filmmaker Gbenga Oyeyiga in a recent chat with Gbolahan Adetayo narrated what he did when his wife delivered stillborn twins.

See excerpt of the touching interview:

How long have you been into entertainment? If I really want … 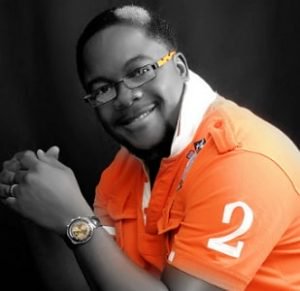 Get more Nigeria Entertainment News
Last edited by a moderator: Apr 24, 2018
A

We are upcoming musicians and our stage name is Anointed Boys. We are into to Gospel, Afrobeat and Highlife music. My name is Mr Omotayo Olufowobi and I am the Anointed Boys' President and Manager.


In 2017 I paid Mr Olusegun Bakare (music producer) 30,000 Naira to promote our two singles. In 2017 I made a second payment of 60,000 Naira to Mr Olusegun for MTN caller tunes of "I Believe" and "I've Got What It Takes". He lied that he was duped by an MTN former employee and promised to return the money. Unfortunately, he did not promote our music and he used the money for his personal use.


He also produced Yinka Ayefele's "Upliftment" and "Living Testimony". Once I had paid Mr Olusegun Bakare aka Dr Groove 400,000 Naira before 15th of November 2017 to produce our first album, he started saying things like his wife is in the hospital and also he is busy with Ayefele's project. He said we have to wait for him to finish with Yinka Ayefele and that he is going to use his own studio in Lagos State for the recording before Christmas in 2017.

Until today we are still waiting for him to finish our project. I want my money refunded because he has lied and is portraying to be someone he is not. If you know where he is based in Lagos State please call or email me. He is going to be reported to the police station and his picture is going to be posted online.