Entertainment Genevieve Nnaji Speaks About Her Relationship With Omotola

For Sale - One Bedroom Executive Flat - Lagos (NGN37m)
✅ NEW - car park, swimming pool, 24 hours light/security and more.
Ad
Genevieve Nnaji, Nollywood actress and arguably one of the hottest single women in the Nigerian movie industry recently spoke about her relationship with fellow A-list actress, Omotola Jalade-Ekeinde on the heels of heated rumours that both actresses have allegedly kept each other at arms length over the years.

The actress admitted that she rarely runs into Omotola but revealed what happens whenever their paths cross.

"I don't see her that much though but when we see, we click," Genevieve said.

On how she been able to keep a great deal of her private life private, she said, " ‘I don’t get people coming up to me. I’m not necessarily available out there for you to see and approach, but when I am, people already have a preconceived notion of who you are based on what they have seen, read or heard, and they approach you already being judgmental so I don’t have those approaches.’ 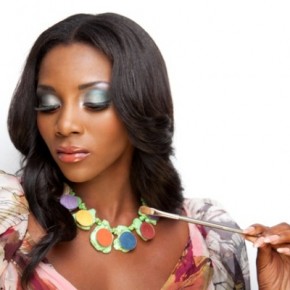