Curators
FREE Nigerian Business Directory
✅ NEW - get your business listed and your information shared across social media.
Ad
Germany will take on Chile in the final of this year’s Confederations Cup. 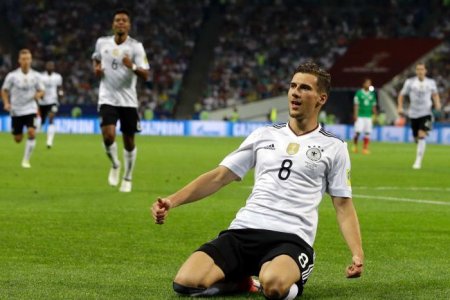 The world champions defeated Mexico 4-1 in their semi-final clash on Thursday, to seal their place in Sunday’s showpiece.

Leon Goretzka essentially killed off the game in the first eight minutes, with a quick-fire double, which the North Americans never recovered from.

Timo Werner made it 3-0 after the break, before Marco Fabian pulled one back for Mexico. However, Amin Younes restored Germany’s three-goal advantage.

Chile had seen off Portugal 3-0 via penalties on Wednesday.