Westerworld Star, Evan Rachel Wood, ditched the customary dress for a trouser suit during her appearance at the 2017 Golden Globes award. 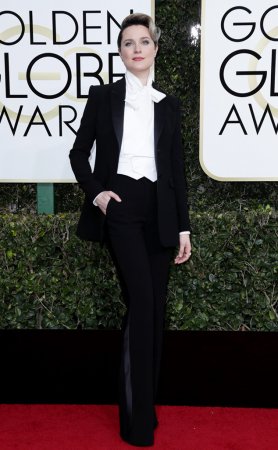 On why she opted for a different look, Evan told Ryan Seacrest, "This is my third nomination and I've been to the Golden Globes six times."

"I've worn a dress every single time and I love dresses. I'm not trying to protest dresses but I wanted to make sure young girls and women know that it's not a requirement."

"You don't have to wear one if you don't want to. Just be yourself because you're worth more than that. This year, I'm going homage to Victor Victoria and David Bowie because it's his birthday."
Share:
Facebook Twitter Reddit WhatsApp Email Link
[811]

Staff member
Curators
I have never seen a man look this good an a suit!
Show hidden low quality content