FREE Nigerian Business Directory
✅ NEW - get your business listed and your information shared across social media.
Ad
Anambra State Governor, Willie Obiano, could not control his emotions last Friday night when he witnessed a ghastly lorry accident that crushed a middle-aged woman and her granddaughter.

The accident occurred near Chief Eugene Obiagwu Bus-stop, Awka-Etiti, along Nnobi-Ekwulobia road of the state.

He ordered his convoy to stop at the scene and directed the convoy ambulance to convey the corpses to a nearby morgue.

While describing the incident as unfortunate, Obiano harped on the need for motorists to be careful and ensure that their vehicles were in good condition. 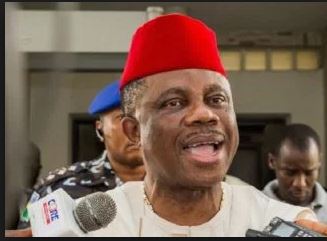 The governor, who was seen cleaning his eyes with a white handkerchief, condoled with the bereaved family and the entire Awka-Etiti community over the incident, assuring them of government’s involvement in the deceased burial.

Southern City News gathered that the deceased were on their way home from a burial when they were crushed by the lorry with Registration Number Rivers XB-751-PHC.

The crash, an eyewitness said, was as a result of brake failure.
You must log in or register to reply here.