Cross told BBC News on Wednesday as the Military held President Robert Mugabe down in his home.

The Movement for Democratic Change (MDC) politician said that he understood she had been allowed to leave the country last night by the army.

He added that her choice of exile had been limited after she allegedly assaulted a model in the South African city of Johannesburg in August. 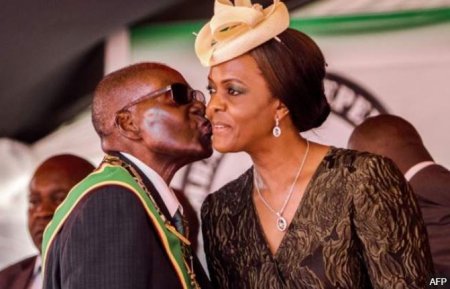 However, none of this has been officially confirmed by the army.

In his official statement, broadcast earlier on state television, Maj Gen Sibusiso Moyo said he could "assure the nation that his excellency the president... and his family are safe and sound and their security is guaranteed".

It has been suggested the first family were all being held together at home in Harare.
A

Grace without Mugabe, Patience with Goodluck

World After wrangle, Mugabe to be buried in home village in Zimbabwe – Daily Nation

World As Zimbabwe prepares for elections, what happened to Mugabe? – IOL News