Curators
A00 and WBO Africa Super welterweight champion, Patrick Allotey risks getting sanctioned after being seen assaulting a football fan in a viral video.

The altercation is believed to have occurred on Sunday January 26, during the football match between Hearts of Oak and Asante Kotoko at the Accra Sports Stadium.

Allotey was spotted in the viral video asking the football fan to move from the spot he was standing on before removing his headset and subsequently dishing out three jabs to his face. 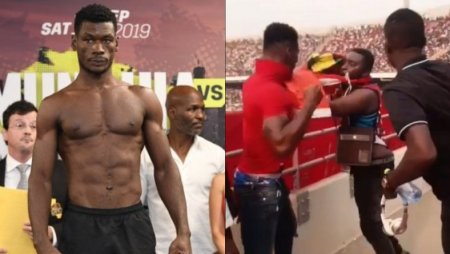