FREE Nigerian Business Directory
✅ NEW - get your business listed and your information shared across social media.
Ad
The suspended Secretary to the Government of the Federation, Babachir Lawal, appeared before committee set up by President Muhammadu Buhari to investigate him over award of contracts under the Presidential Initiative on the North East.

Lawal appeared before the committee at a session that started at about 1pm. 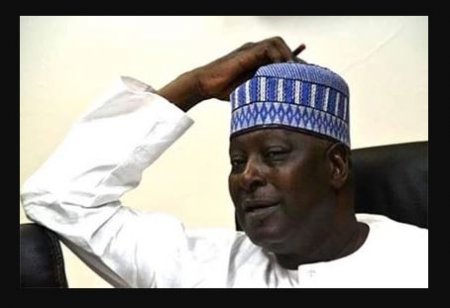 The panel was set up to investigate allegations of violations of law and due process made against Lawal in the award of contracts under the Presidential Initiative on the North East.

Lawal was still with the committee members as at this time.

Recall that Ayo Oke, the suspended NIA DG was quizzed for more than 12 houra on Monday over discovery of large amounts of foreign and local currencies by the Economic and Financial Crimes Commission in a residential apartment at Osborne Towers, Ikoyi, Lagos, for which NIA is laying claim.
O

The truth is that you use what rat eats to set trap for it.