Curators
FREE Nigerian Business Directory
✅ NEW - get your business listed and your information shared across social media.
Ad
Manchester City coach, Pep Guardiola, has recalled Yaya Toure to their Champions League squad, after he was left out at the group stage. 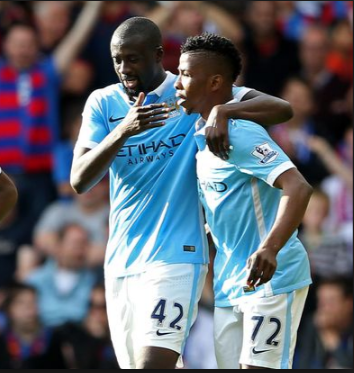 Nigerian forward, Kelechi Iheanacho, who was named in the squad for the group stage is still eligible. He now meets the requirements to be named on UEFA’s “List B” for players born after January 1, 1995 and who have been with the club for two years.

However Ilkay Gundogan has been dropped, as he is expected to miss the rest of the season with a cruciate knee ligament injury.

City face Ligue 1 side Monaco in the round of 16.

The first leg will be played at the Etihad on February 21, with the second leg away on March 15.

Sports ‘I won’t Kill Myself over Champions League’ – Guardiola – Olisa.tv