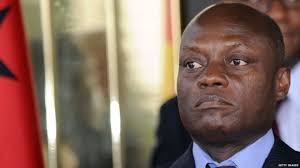 Guinea Bissau’s President Jose Mario Vaz has sacked Prime Minister Carlos Correia and dissolved his government on Thursday in a move that threatened to worsen political turmoil that has crippled the tiny West African nation.

Correia was appointed prime minister in October – becoming the third person in the post in the span of three months – in an attempt to end a crisis sparked by a row within the ruling PAIGC party.

His dismissal by Vaz now threatens to bring renewed instability.

“Carlos Correia’s government is incapable of managing the crisis and creating better political and institutional conditions for (the government’s) full function,” Vaz said in an address at the presidency.

He called for consultations among the political parties to select a new prime minister.

Guinea-Bissau is one of the region’s most chronically unstable nations and has not seen a democratically elected leader serve a full term since independence from Portugal in 1974. The chaos has helped it become a major transit point for cocaine trafficked from South America to Europe