Curators
FREE Nigerian Business Directory
✅ NEW - get your business listed and your information shared across social media.
Ad
Sagbama Police Station, Sagbama, Bayelsa State, was struck by tragedy on Sunday after gunmen shot and killed a police sergeant on guard duty in the front of the station. 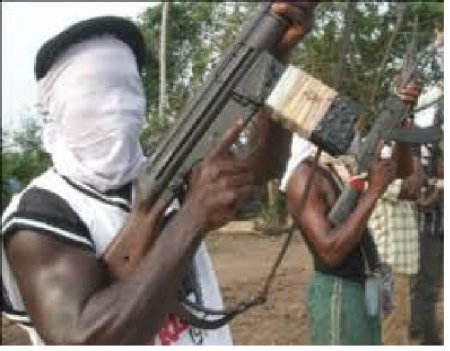 It was learnt that the incident, which occurred about 8.30pm on Sunday, threw the police station into confusion.

The police sergeant, whose name has yet to be ascertained, was reportedly gunned down by the hoodlums who were on a motorcycle.

Sources claimed that the fleeing gunmen shot randomly at a group of policemen in the front of the station, but the bullet hit the sergeant, killing him. The hoodlums, said to be two in number, escaped.

It was gathered that the cop did not die instantly. He was said to have been rushed to the Sagbama General Hospital, where he later died.

Butswat said, “We are working to establish the motive behind the dastardly act because they didn’t stop. We recovered the rifle of the dead policeman. They shot at a group of policemen and rode off, but we have swung into action, while some people are helping with useful information”.
S

This is an assassination