Politics Hameed Ali: Buhari Pretends As If Nothing Is Wrong – Senator Olujimi

Senator Biodun Olujimi representing Ekiti south senatorial district has said that the action of Nigeria customs, Hameed Ali is a breach of Constitution and a grand display of arrogance.

She stated this while contributing to letter sentto the Senate by the Attorney General of Federation, Abubakar Malami over the Customs Boss, Ali invitation by the upper chamber.

She stated further that such display by the CG Customs CG shows that he feels no reason to abide by the law. 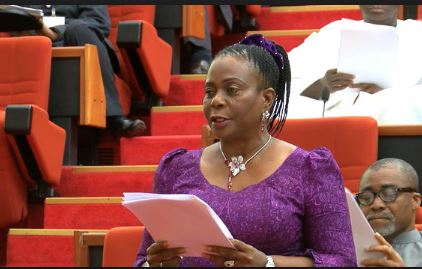 She lambasted President Muhammadu Buhari-led federal government of pretending that nothing is wrong with Hammed Ali's composure with the Senate.

"Executive is sitting pretty and pretending nothing is wrong”, she said.