For Sale - One Bedroom Executive Flat - Lagos (NGN37m)
✅ NEW - car park, swimming pool, 24 hours light/security and more.
Ad
The Federal Government has announced the outbreak of a new a strain of Cerebro Spinal Meningitis (CSM) in parts of the country. 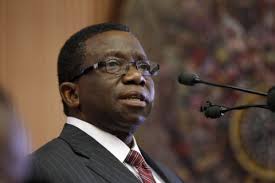 Minister of Health, Prof. Isaac Adewole said that the new strain, which is not common in Nigeria, was imported from Niger Republic. He said all the states in northwest region are prone to the disease and the states would be treated equally when confronted by outbreaks such as this.

The Minister added that the Federal Government has deployed epidemiologists and vaccines to arrest the outbreak.

So far, Sokoto and Zamfara are the only states hit by CSM.