FREE Nigerian Business Directory
✅ NEW - get your business listed and your information shared across social media.
Ad
A helicopter crashed off the western coast of Norway on Friday, police said, with media reporting that 13 to 17 people were on board.

Several witnesses described seeing a powerful explosion and people were seen in the sea, television station TV2 reported, adding that some people had been rescued.

“Emergency services en route to a zone near Turoy after reports of a helicopter crash,” Norwegian police wrote on Twitter, referring to an island off the western town of Bergen. 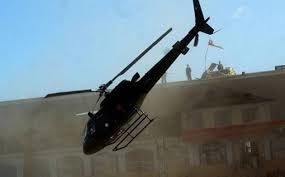 First reports indicated the helicopter was transporting workers to an offshore oil field in the North Sea. Various media reports put the number of people on board at between 13 and 17.