The Secretary General of the Association, Baba Ngelzerma, made the appeal on Wednesday while reacting to the Governor’s ban on public grazing and cattle rearing in Ekiti State in southwest Nigeria.

“The statement that the Governor issued, I think he has to exercise some restraint (and) he has to show statesmanship on solving this issue,” he said. 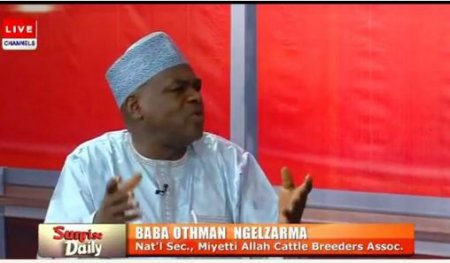 He admitted that there were bad ones amongst them but urged the public not to put blames on the herdsmen until an investigation was conducted.

“Like every other community in Nigeria, we have our own criminals too but then, you cannot jump to conclusion and just apportion blame on a particular group even before an investigation is conducted,” he said.