A 37-year old firsherman, Mr Christopher Salongo, who is HIV positive, has been arrested on Tuesday for defiling his 11 year old daughter in Uganda

His arrest came after his daughter recounted her ordeal in the hands of her father, to her mother Namiiro who immediately informed one of the security guards in the village, who in turn contacted the Office in charge of Mpala Police Post, Joseph Ssekitoleko.

However before the Police arrived, Mr Salongo had been beaten black and blue by an angry mob. He was later taken to the hospital for treatment before being dragged to the police post for charges

Lydia Namiiro, who returned home from a vigil in the wee hours of Tuesday morning and on entering the house, found the man naked with a lot of booze on his head after he drunk a lot of beer throughout the night, was immediately told by her daughter that she was in serious pain after the dad defiled her.

The heartbroken mum, who toils to look after her family by doing several odd jobs including fetching firewood and washing clothes for people, also told the police that her little daughters confided in her that their father has always sexually molested them. She also claimed that her sex-addict husband also defiled their eldest daughter and infected her with HIV.

“Even our eldest girl who was born HIV negative, later contracted the virus and she is currently on ARVs courtesy of her dad,” narrated Namiiro adding that Kityo refused to start anti-retroviral treatment and only spends most of his time smoking opium and marijuana in addition to boozing.

When asked to comment on the allegations, Kityo denied defiling his daughter claiming that his wife carefully planned the whole incident in order to grab his plot of land.

Mr. Joseph, the officer in charge of Mpala Police Post condemned the act and revealed that Kityo will be charged with aggravated defilement under SD Ref: 07/1/09/2017. 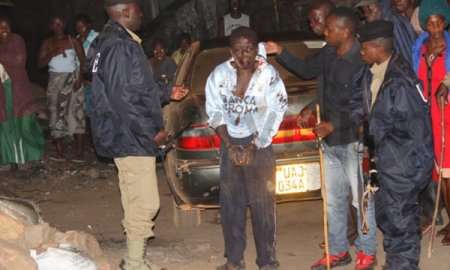 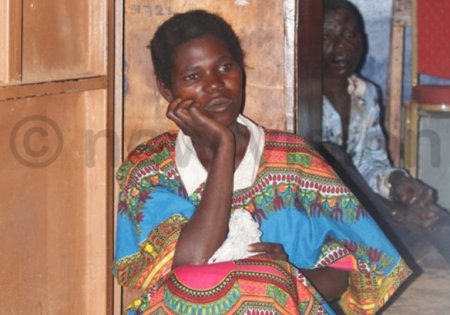 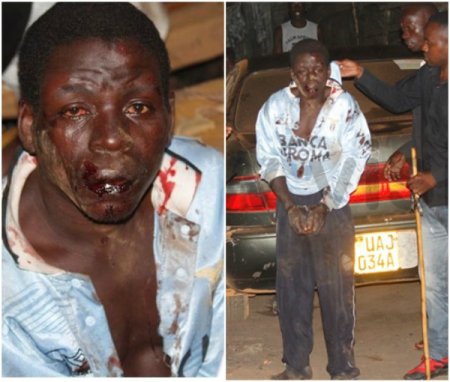