Curators
FREE Nigerian Business Directory
✅ NEW - get your business listed and your information shared across social media.
Ad
A Gudu Upper Area Court in FCT on Wednesday remanded a 35-year-old teacher, Modibo Akin, in prison for alleged rape of a pupil in the toilet. 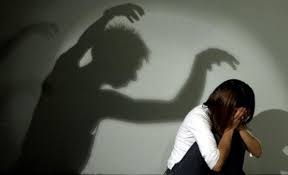 Akin of Destiny Light International School, Jikwoyi in FCT is facing a one-count charge of rape, which he pleaded not guilty.

The Prosecutor, Mr Daniel Chuks, told the court that Roseline Ubeka of Jikwoyi phase I reported the matter at Jikwoyi Police Station on Jan 28.

Chuks said that the defendant was a teacher and also a home lesson teacher for the complainant’s daughter.

He alleged that on Jan. 26 and Jan. 27, the defendant “inserted his penis’’ into the eight-year -old girl’s private part.

The prosecutor said that on these dates, the defendant “had unlawful carnal knowledge of her in the school toilet and also had sex with her in the sitting room during lessons.’’

Chuks said that “his sperm was found spilt on a rag and he threatened her with death if she told anybody.’’

He also said that during police investigations, “the sperm smeared rag was recovered from her parent’s sitting room.

He said the offence contravened Section 283 of the Penal Code.