The Peoples Democratic Party has accused Governor Rauf Aregbesola of inflating the contract sum of the Moshood Abiola International Airport, Ido Osun, from N4.5bn to N15.5bn.

This was made known by the Director of Media and Strategy of the PDP in the state, Mr. Diran Odeyemi on Sunday.

The opposition party accused the governor of jerking up the contract sum in order to allegedly embezzle the bailout loan the state got from the Central Bank of Nigeria while workers in the employ of the state were languishing as a result of unpaid salaries.

The PDP called on President Muhammadu Buhari to beam its searchlight on the financial activities in Osun State, especially the airport project. 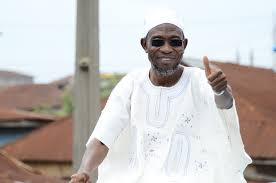 The statement partly read, “We are aware that Governor Aregbesola on the 8th of January this year through an award letter with reference number SP/S96/1/vi/348 re-awarded the airport contract to the same contractor and a payment of N472m was paid as take off.

According to PUNCH, the same company had earlier been paid N2.7bn for the same project without any serious work done on the project.

“Of the amount, N2.5bn was sourced as a loan from Sterling Bank repayable monthly at N100m from Sure-P funds. That loan is now part of the N88bn restructured for the state by the Central Bank for repayment till the year 2034."