Smart-Cole, 76, who is currently recovering from the injuries sustained during the beating in a hospital in Ikoyi, threatened to sue the Department of State Service (DSS).

The former head of photography in the presidency said he was revived by the former Governor, of Ogun State, Chief Segun Osoba, the Governor of Sokoto State, Aminu Tambuwal, and the Governor of Imo State, Rochas Okorocha. 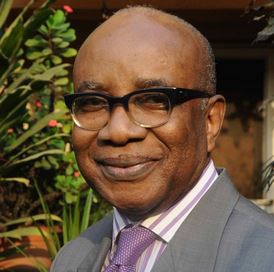